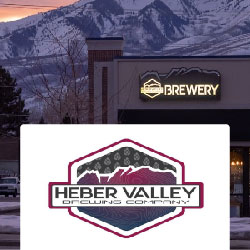 Jonny is a singer-songwriter who was raised in the South Texas hill-country, in the heart of San Antone. A childhood in one of the greatest country music hubs in the world, of course lead to some of the obvious influences on their music like Willie Nelson, Johnny Cash, Ray Wylie Hubbard, but Jonny has never liked painting with just a few colors. Their musical tastes and influence capture an entire spectrum of sound — Tracey Chapman, Nina Simone, Ray LaMontagne, James Taylor, The War on Drugs, Dawes, and more.

Simply B – AKA Brandon B Barker – is a multi-instrumental, live looping artist out of Salt Lake City. He has performed in a wide range of bands and styles over the last 10+ years. Combining Funk Bass, finger-style guitar, beat-boxing, and soulful vocals; Simply B creates a positive, lyrical, danceable, one man band experience.

Tally Evans (4 Wheel Drive) and Mike Feldman (DeliMan) have come together to bring their favorite blues, ballads and bawdy music, spanning the entire egocentric nature of an arbitrary universe with their favorite covers and originals. Considered very engaging and entertaining!

Morgan Snow is like an old country song in the modern age, whose voice has been described as “pure soul,” with hints of familiarity, haunting and powerful with no comparison to pinpoint. It is the one thing you won’t forget. His songs will “hit you in the gut.” Some will hurt, some will make you laugh at him or yourself, but what is shared from night to night after the show is a connection, a new relationship waiting to be revisited and rekindled time and time again.