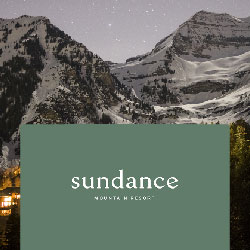 The Warren Brothers are an American songwriting duo. They have written hits for Tim McGraw (“If You’re Reading This”, “Felt Good on My Lips”, “Highway Don’t Care”, “Thought About You”), Toby Keith (“Red Solo Cup”), Keith Urban (“Little Bit of Everything”), Faith Hill (“The Lucky One”), Martina McBride (“Anyway”, “Wrong Baby Wrong”), Dierks Bentley (“Feel That Fire”), Jerrod Niemann (“Drink To That All Night”), Jason Aldean (“Lights Come On”, “We Back”), Blake Shelton (“Every Time I Hear That Song”), Chris Young (“Sober Saturday Night”) and more.

Brad and Brett Warren started as recording artists in their hometown of Tampa, Fl. They moved to Nashville in 1995 and in 1997 signed a record deal with RCA records. They made 3 albums for RCA’s sister label BNA Records; in addition, they had one independent release on 429 Records called “Well Deserved Obscurity.” During that time, they toured extensively as an opening act for Tim McGraw and Faith Hill, as well as opened for many other artists. As artists, they have had 7 Billboard Top 40 hits. McGraw took an interest in their songwriting and since then has recorded over 30 of their songs. Born and raised in St. Louis, Missouri, Vaughan’s love for music began at a young age, singing in church and choir. As early as high school, she began writing songs of her own and performing as the frontman of an independent alternative rock band, giving her the opportunity to experience collaboration and self-managed tours.
After six years of performing and evolving as a creative, Lydia moved to Nashville in 2015 to pursue her dream, a songwriting career. Five years later, she signed her first publishing deal with Cornman Music & Warner Chappell in August 2020.
Vaughan has had sync placements on shows like MTV’s Teen Mom, CW’s Batwoman, and Netflix’s Dash & Lily. She co-wrote Jason Aldean & Carrie Underwood’s “If I Didn’t Love You,” the 3 non-consecutive week no. 1, which debuted at no. 2 on Billboard’s Hot Country Songs chart, the highest debut for a duet between a solo male and female. She also co-wrote Larry Fleet’s “Never Wanna Meet Another Woman,” MacKenzie Porter’s “Pickup,” two other songs on Aldean’s double album, “Over You Again” and “This Bar Don’t Work Anymore,” and most recently, Carrie Underwood’s “Crazy Angels.”

Shannon Brown is a Singer/Songwriter and Performer, by way of Spirt Lake. Spending many years honing her craft on the road, until finding her presence in Nashville in her mid 20’s. Starting as a recording artist with Arista Records, over a period of years, recorded for BNA and then finally her Debut Album “Corn Fed” on Warner Bros, where she co-wrote over ½ of the album’s compilation. Shannon’s unique story and talent impressed the EDM for AOL Music and selected her along with 5 artists in various genres as Music Artists Breakers ‘06. She was also profiled in her own AOL Music Series “This is Shannon Brown”. Born as the 1 st webisode series on a social media platform, created by filmmaker and husband, Shaun Silva. Her musical path has led her on a great journey as both a performing artist and songwriter allowing her to write songs for Kathy Mattea and other artists along the way.